XIX. Serbia, which started the first half of the century with a series of rebellions, became autonomous from the Ottoman Empire in 1830. With Milos Obrenovic becoming a hereditary prince, the Obrenovic dynasty became active in Serbia. While there was strife between the rival dynasties, the Karadjordjevics and the Obrenovics, relations with Muslims and Jews living in Serbia other than Serbs were an important issue. The approach of the Serbian administration, which had problems not only with Muslims but also with Jews, differed in the periods of different princes. While the rights of the Jews were protected in both periods of Miloş Obrenovic, the rights of his son Mihail Obrenovic were blocked in both periods. The period of Aleksandar Karacorcevic was the worst period for the Jews, and they faced various obstacles. In Milan Obrenovic's period, although an apparent equality was achieved, this did not happen in practice, and the complaints of the Jews continued. The main subject of this study is how the Serbs treated the Jews during the Serbian independence process, which started with the 1804 Serbian Revolt and continued with the Serbs becoming autonomous from the Ottoman Empire in 1830. Since Serbian-Jewish relations are so extensive that they are subject to independent studies, only Serbian-Jewish relations and the situation of Jews in Serbia will be mentioned here. In this study, the situation and complaints of the Jews in Serbia will be examined in the light of the reports of the British consuls and Ottoman archive documents, and the issues that remained in the dark until the independence in 1878 will be tried to be clarified. 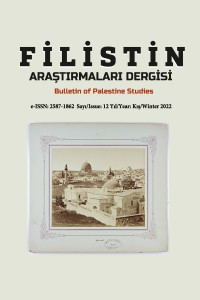