The Ottoman State and the Popular Palestinian Festivals: The Festival of Nabi Rubin as an Example

This study deals with the history of one of the largest Palestinian popular festivals, which was held in the shrine of Nabi Rubin. This shrine was located 14.5 km south of Jaffa during the Ottoman era. In addition, the study reveals the history of the establishment of the shrine and its importance in Palestinian folklore. The study relies on the documents of the Ottoman endowments (waqf) as a basic source for studying the history of cities and local communities. The importance of this paper lies in its subject of study, which is part of the Palestinian folk heritage. There is a lack of interest in popular history because the focus is usually on studying the lives of important figures, such as leaders, sheikhs, statemen, and invasions. The study has revealed the extent of the Ottoman state’s interest in the shrine, through the numerous endowments that show the importance of the place, in addition to reconstructions, restorations, and repairs that were carried out by the Ministry of Endowments (Awqaf), with the objective of preserving the place and perpetuating the life in it. 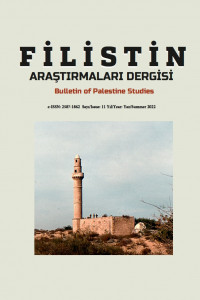